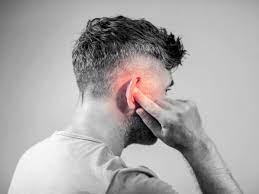 When you hear ringing or other disturbances in one or both of your ears, it's called tinnitus. Other people typically cannot hear the sounds you hear when you have tinnitus since it is not caused by an outside sound. Tinnitus is a frequent issue. About 15% to 20% of people experience it, and older folks are more likely to do so. Tinnitus is typically brought on by an underlying ailment, such as hearing loss brought on by ageing, an ear injury, or a circulatory issue. When the underlying cause of tinnitus is treated or other therapies are used to lessen or cover up the noise, tinnitus often gets better for many people. Even though there is no external sound present, tinnitus is most frequently described as a ringing in the ears.FOR MORE DETAILS PLEASE CONTACT US! 9999008937.

ENQUIRY
ABOUT US
Our convenient location and state of the art technology equipment provide you easy access to the most advanced diagnostic technology and treatment option available to date.
LANGUAGE TRANSLATOR
SUBSCRIBE
Get the latest updates and offers.
CONTACT DETAILS